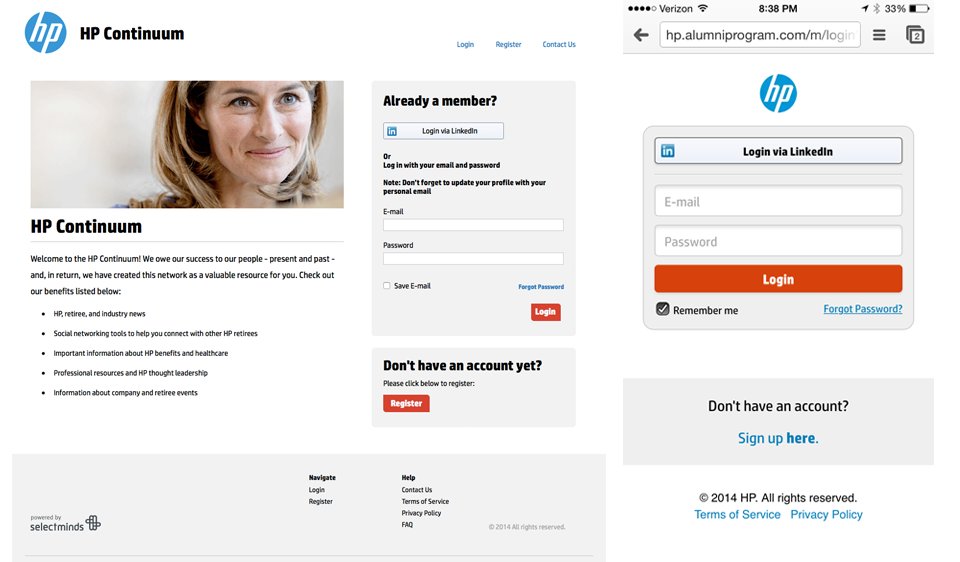 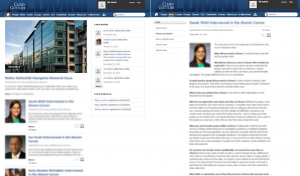 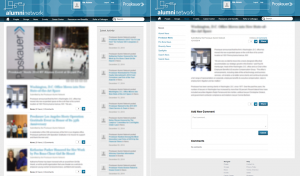 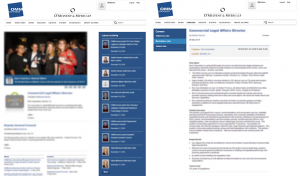 SelectMinds
, which was later acquired by Oracle, provides two software-as-a-service social networking solutions to companies. One is CommunityConnect, a corporate social networking solution that is geared towards employee and alumni populations. The other is Social Sourcing (previously known as TalentVine) which is an online referral recruiting program that utilizes Facebook, Twitter and LinkedIn to post open jobs.

My role was primarily as a front-end developer and initially focused on client-facing work. But because of my interest in UX design, my seniority and initiative, my responsibilities began to also include:

I worked on a variety of projects but my greatest undertaking was creating a mobile version of our software. I did research, wireframes and worked with the graphic designer and later UI developer. Then once the new feature was complete, I applied it to one of our biggest clients, working on the front-end development. It was a great learning experience to be a part of the process every step of the way.